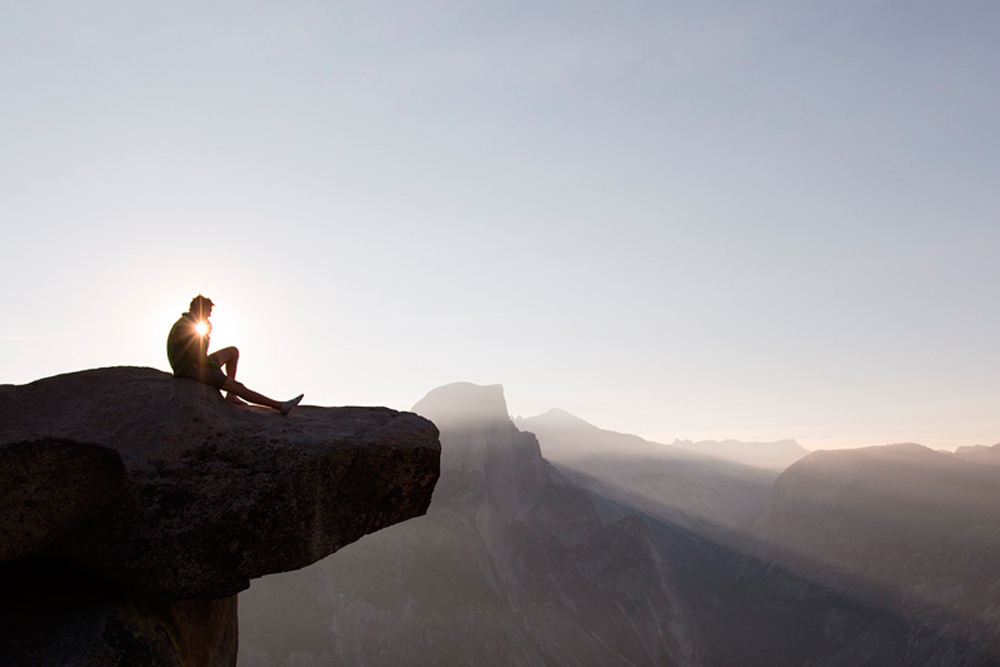 I have many different voices inside. I suppose it is my mind talking. One of those voices is harsh, critical and mean. I call this one my Inner Critic: Sometimes it is so worked up and agitated – it is yelling at me. It says things like:

Don’t be so stupid. You are nothing special! Don’t you get it? You are not good enough. You don’t deserve that! And so on…

So what to do with that shouty voice? I do recognise that this is what my Dad used to say to me when he was in a rage. Now it seems I am saying these things to myself in my head.

Some people say, don’t listen to your negative thoughts. Disconnect. Don’t go there. Think something positive to lift your vibration. Find some way to silence the negative voices.

I have tried it all, and it did not work for me. Now I am experimenting with the opposite: I go quiet and I connect. I sit and I listen intently.

Listening does not mean agreeing or believing it. It just means ‘listening’. As best as I know how I meet the negative voice with understanding.

I can see the connection to my past, to my father, his mother, my teachers and my whole upbringing. I can sense how my conditioning has shaped my mind.

Today my Inner Critic was yelling and accusing me of being ridiculous, dishonest, a lost cause, unworthy and unsuccessful. It was certain that I would never amount to anything.

I listen with interest and attention. Inwardly I say things like, “I hear you”. “I understand where you are coming from and why you would say this”. And I do.

I listen to the tone of the critical voice and to the content. I don’t argue, I don’t fight, and I don’t defend myself. I don’t try to prove it wrong or try to get rid of it. I don’t analyse. I don’t walk away. I don’t believe it either.

I don’t agree, and I don’t disagree. I find my spot right in the middle between these two.

I notice that the more I listen with an open and non-bias intention, the quicker the angry Critic seems to lose its charge. After a few minutes of ranting and raving, it was running out of steam.

It expected my opposition. It wanted to involve me. I think it counted on me defending myself – it wanted conflict, tears and drama. I offered none. I did not pour fuel into the fire. No fuel, no escalation. There we were, my Critic and I. Just at that moment I did not feel against it.

Without its anger, my critical Critic seemed a bit lost – not quite sure what to do with itself. It appeared perplexed and uncertain about how to proceed. No longer furious, just a bit grumpy, it was kind of cute.

I said, “I hear what you are saying. And there is some truth to it.”

It had accused me of being dishonest. I can find that. There are situations in my life where I am dishonest – in a subtle way, so not to be seen as dishonest. In that respect, my Critic was right.

“Thank you for pointing this out to me.”

This new way is still so unfamiliar and totally out of character for me. It does feel good – so much better than fighting. Conflict is exhausting, whether it is internal or external.

I looked at all the other statements it had brought to my attention. ‘You are unworthy’, stood out to me.

My way of taking a look is to be with it and then use what is called The Work. It is a magical process that can be so surprising – and I love surprises. Coincidentally is also a way of finding peace.

What I got to was this: Ultimately, there is no such thing as a worthy or unworthy person. It just does not exist. Good to know.

The Work by Byron Katie

Developed by Byron Katie, The Work is a method of Self-Inquiry consisting of 4 Questions and Turnarounds.

Is it true?
Can I absolutely know that it is true?
How do I react, what happens, when I believe that thought?
Who would I be without that thought?

The Ultimate Act of Self Love

Q&A: How do I start the self-love journey?

This website uses cookies to improve your experience while you navigate through the website. Out of these cookies, the cookies that are categorized as necessary are stored on your browser as they are essential for the working of basic functionalities of the website. We also use third-party cookies that help us analyze and understand how you use this website. These cookies will be stored in your browser only with your consent. You also have the option to opt-out of these cookies. But opting out of some of these cookies may have an effect on your browsing experience.
Necessary Always Enabled
Necessary cookies are absolutely essential for the website to function properly. This category only includes cookies that ensures basic functionalities and security features of the website. These cookies do not store any personal information.
Non-necessary
Any cookies that may not be particularly necessary for the website to function and is used specifically to collect user personal data via analytics, ads, other embedded contents are termed as non-necessary cookies. It is mandatory to procure user consent prior to running these cookies on your website.
SAVE & ACCEPT
To change your privacy setting, e.g. granting or withdrawing consent, click here: Settings